The following message is brought to you in association with Bet365. Please note that Footy Forecaster's forecasts and predictions remain entirely independent.

Melbourne City's disappointing season has been dealt a fresh blow following the news that Damien Duff looks set to miss the remainder of the current A-League campaign. Indeed, the former Republic of Ireland international's career is now in doubt.

The 35-year-old has been one of the rare shining lights this season for City and his absence will be a massive blow to the club's hopes of reaching the end-of-season finals.

Duff suffered a ruptured calf tendon and ankle ligament damage during City's goalless draw against Wellington Phoenix following a heavy tackle from Roy Krishna. With his contract in Melbourne set to expire at the end of the season and with question marks regarding his recovery time, it looks as though Duff's brief but impressive spell in the A-League could be set to end after just 15 appearances. 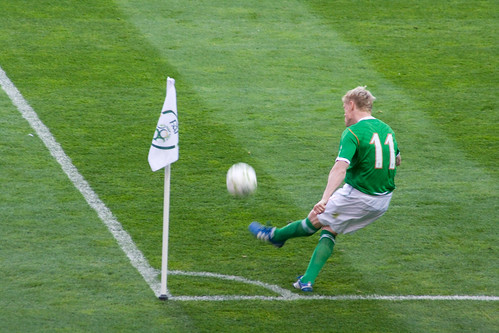 After a stellar career in England with the likes of Blackburn Rovers, Chelsea, Newcastle United and Fulham, during which time he twice won the Premier League title, Duff joined the new Melbourne City franchise at the start of the season on a one-year contract. While the club have not enjoyed the level of success many felt they would instantly achieve due to their links with English giants Manchester City, Duff has shown just why he was one of the Premier League's most exciting wingers for over a decade. Duff was also capped 100 times by the Republic of Ireland, including appearances in the 2002 World Cup and the 2012 European Championship, before bringing an end to his international career in 2012.

City have not wasted any time in using their chance to sign a player on an injury replacement deal, with former Newcastle Jets captain Kew Jaliens agreeing a short-term deal with the club until the end of the current campaign. The central defender was quickly snapped up following his departure from the Jets, with City's head coach John van't Schip looking to plug a number of holes in his defence following injuries to Ben Garuccio and Robbie Wielaert in recent weeks. This adds to one of the lengthiest injury lists in the league.

With the club still in the mix for a top six finish, Van't Schip's hopes weren't helped with the news Garuccio will now miss up to 10 weeks following the ankle injury he suffered against the Western Sydney Wanderers at the beginning of February. Dutchman Wielaert will join Garuccio in the treatment room with his own ankle injury suffered during the club's mid-season training camp in Abu Dhabi.

As the season nears the final stages, the wave of injuries has clearly had an impact on City's betting odds, but the arrival of a defender with the experience and talent of Jaliens could well prove to be a fantastic bit of business. The 36-year-old might only be at the club between now and the end of the season, but the former Netherlands international has proven during his time in the A-League that he is a very solid player and just the sort of defender City need to step straight into the breach.