Is Daw finally proving his worth?

Is Daw finally proving his worth?

Majak Daw might not have lived up to expectations during his time with North Melbourne but the club don't look as though they are quite ready to cut their losses on the 25-year-old just yet. Having made just 17 senior appearances in seven seasons at Docklands, Daw has again struggled to establish himself under Brad Scott this year. However, the South Sudan-born forward's sole outing in 2016 was an impressive one and the Kangaroos could end up handing the big man more chances between now and when his contract expires in the summer.

There is an argument that Daw would have had much more of an opportunity in the AFL over the past few seasons if he had been playing at any other club in the league. Stuck between the Kangaroos' formidable triple attacking threat of Jarrad Waite, Drew Petrie and Ben Brown, Daw hasn't really been able to complain about finding his senior team chances restricted. When he did get on the field this year, though, the forward showed he is continuing to improve as a player, registering 14 possessions and two goals against Essendon in an explosive round eight performance, only to be dropped for the Roos' 67-point win over Carlton.

Despite North Melbourne's sensational start to the season that has seen them rack up nine straight wins, there are still a host of teams ahead of the Roos in the betting odds, with the club around 15/2 when this article was produced to go all the way this year. But that won't bother Scott and his men, who will instead be focusing on continuing to prove those doubters wrong and show this team can match anyone they come up against. Having reached the preliminary finals in each of the past two seasons, there is clearly a real determination about this North Melbourne team to go all the way in 2016. On current form, it's certainly not impossible to envisage Scott's team doing just that. 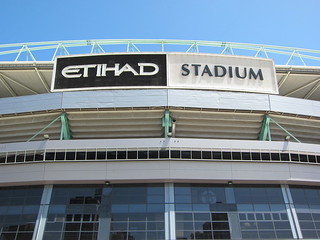 Daw could well end up being a major part of the club's title hopes. His showing against the Bombers has certainly given the Kangaroos coaching staff something to think about. The fact is, though, Scott is unlikely to experiment with four key forwards any time soon, and Daw may end up having to wait for an injury before being able to earn an extended run in the team - that is unless he can adapt his game and earn selection elsewhere in the starting line-up. One player Daw has admitted to drawing inspiration from in that respect is Geelong's Mark Blicavs who is himself a powerful specimen that would have been a very decent forward in another life.

The Cats' reigning best and fairest has used his physical attributes in a different way, establishing himself as a key part of the of the Geelong midfield. While a very different player to Daw, there are similarities between the two and the Kangaroos man may well look to try and drop deeper down the field in order to really thrive in North Melbourne. Whether or not that experiment comes to anything remains to be seen, but Daw seems to have done enough to convince the club he is worth hanging onto, at least until the end of this season.